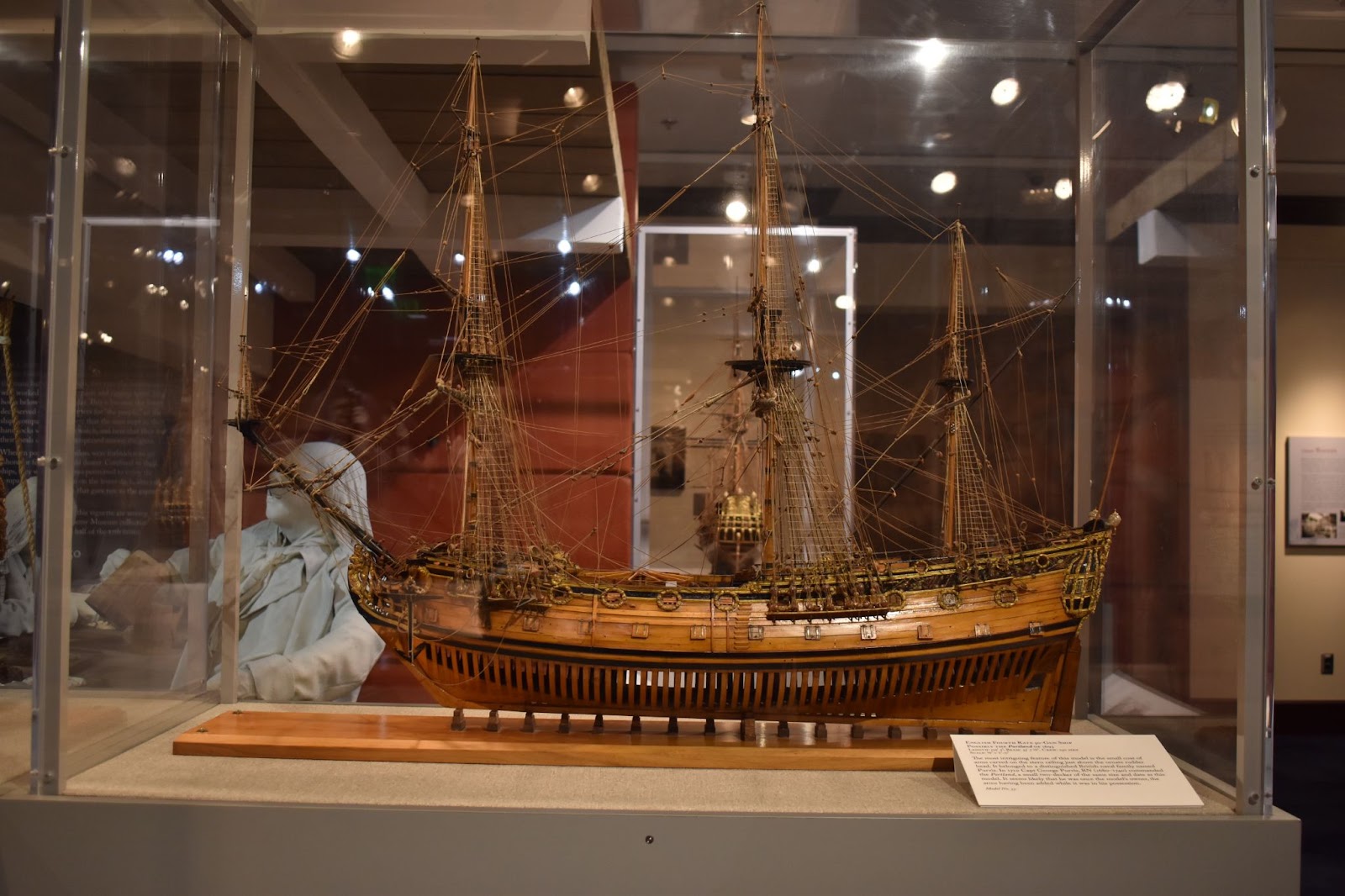 The U.S. Naval Academy Museum is a treasure hiding in plain view in the midst of the Yard. While over 100,000 people pass through this history-filled Annapolis naval museum every year, there are still many more who don’t know about its wonders. Since the USNA was founded in 1845, the museum has been amassing artifacts from the heights and hulls of naval and Naval Academy history. When the current building was completed in 1939, it became the repository for these fascinating treasures.

A Trove of Tales

Preble Hall, where the museum makes its home, was named for Commodore Edward Preble, commander of the American fleet during the Tripolitan War. Across its two decks, you’ll find a bevy of historic flags, ship models, prints, paintings, uniforms, firearms, edged weapons, medals, rare books, manuscripts, photographs, ship instruments, personal memorabilia, and more.  These artifacts pay homage to the tremendous breadth of the history of sea power, the long and fascinating development of the U.S. Navy, and the USNA’s own work in building officers that capably lead our future Navy and Marine Corps on their brave missions.

The museum itself has a mission “to collect, preserve and exhibit the physical heritage of the U.S. Navy and the Naval Academy to educate midshipmen, demonstrate to the public the contributions of Naval Academy graduates and motivate in young people the desire to attend the Naval Academy.” To this end, you’ll find artifacts from naval officers, objects that represent leadership and items that reflect the achievements of USNA alumni.

It’s time to go on a treasure hunting journey through Preble Hall.

It’s hard to know just where to start when there are so many incredible relics on display. Here are the top five exhibits we recommend experiencing:

1. Revolutionary War: John Paul Jones’ presentation sword is a must see. The first American Naval War hero who fought the British for our independence is interred under the USNA Chapel in his namesake crypt just a short stroll away, but you can see his beautifully wrought, precision-made solid gold sword up close. This true treasure was given to Jones for the dramatic victory of his Bonhomme Richard over the HMS Serapis. It is inscribed for John Paul Jones, “who established the freedom of the seas,” and is a powerful symbol of the tremendous responsibility that the U.S. Navy shoulders, and the strength and durability needed to succeed at the U.S. Naval Academy.


2. Barbary Wars: Take some time to look at the Mameluke sword, another symbolic relic. It is one of the most historic items in the Marine Corps’ proud and storied tradition. The first Barbary War in Northern Africa was the first time this group had been called in to defend the country from a foreign power in an expeditionary role. On April 27, 1805, eight marines, in concert with a total of 400 men under Colonel William Eaton, attacked the stronghold of Derne; they were outnumbered more than two to one. Although their first attack failed, their second attack, led by first lieutenant Presley O'Bannon and Midshipman George Washington Mann, succeeded. Then the USS Constellation brought news that the Tripolitan ruler had agreed to end the battle. Mann took the sword home as a souvenir; it was crafted by the Mameluke people who lived in Egypt. The sword was then used as the model for the modern Marine Corps officer sword.

3. War of 1812: Not long after this time, Oliver Hazard Perry’s “Don’t Give Up The Ship” flag became the basis for the U.S. Naval Academy’s rallying cry. This is the original flag that was stitched by hand in 1813 by Margaret Forster Steuart. It immortalizes Navy Captain James Lawrence’s famous words after he was shot by the British on the USS Chesapeake on June 1, 1813. His friend, Commodore Oliver Hazard Perry, took up the battle cry and had these inspiring words emblazoned into a large ensign, which waved proudly over Perry’s victory in September 1813 when the USS Lawrence helped defeat the Royal Navy on Lake Erie. Although it was thought to be blue, we are finding that it might have originally been brown. See if you can tell.

4. HMS Victory Prisoner-of-war Bone Model: One of the more unusual exhibits at the museum, these astonishingly intricate works of art were created by French prisoners of war in the Napoleonic Wars—out of the bone scraps from their meat rations, along with horse and human hair. You can see quickly that these men were talented artisans, drafted for their help in the war and not considered career sailors. They crafted these incredible works of art just from their memories of ships while they were imprisoned. These are valuable artifacts, and the collection here is the Iargest in the country. You can get lost in their details!

5. World War II: See the Surrender table used on the USS Missouri. You can almost feel the table and tablecloth that was used for the Japanese surrender on September 2, 1945, signaling the end of World War II. It was one of the most important events of the war, and it has an interesting backstory. Although planning was extensive, at the last minute, the planners realized that the beautiful mahogany table prepared for signing the documents was too small, so they hastily grabbed a folding table from the mess decks and topped it with a dirty tablecloth from the ward room. A model of Fleet Admiral Nimitz signing the document in his original uniform with the actual pen anchors the scene. You can also view the document that covers the terms of the agreement, with twelve delegate signatures. Admiral Nimitz’s finger is also represented accurately, so make sure to look for that as well!


This is just a sampling of the stories that fill this treasured building. Ready to delve into more? Here’s what you need to know:

Among Annapolis museums, the Naval Academy Museum is a true gem. Naval Academy alumni, midshipmen and all visitors will enjoy a stroll through Preble Hall. Take a virtual tour, and then come see it for yourself! Admission is free, but when you visit the Yard, all proceeds from your visit go right back to the Brigade. Go on a treasure hunt today! 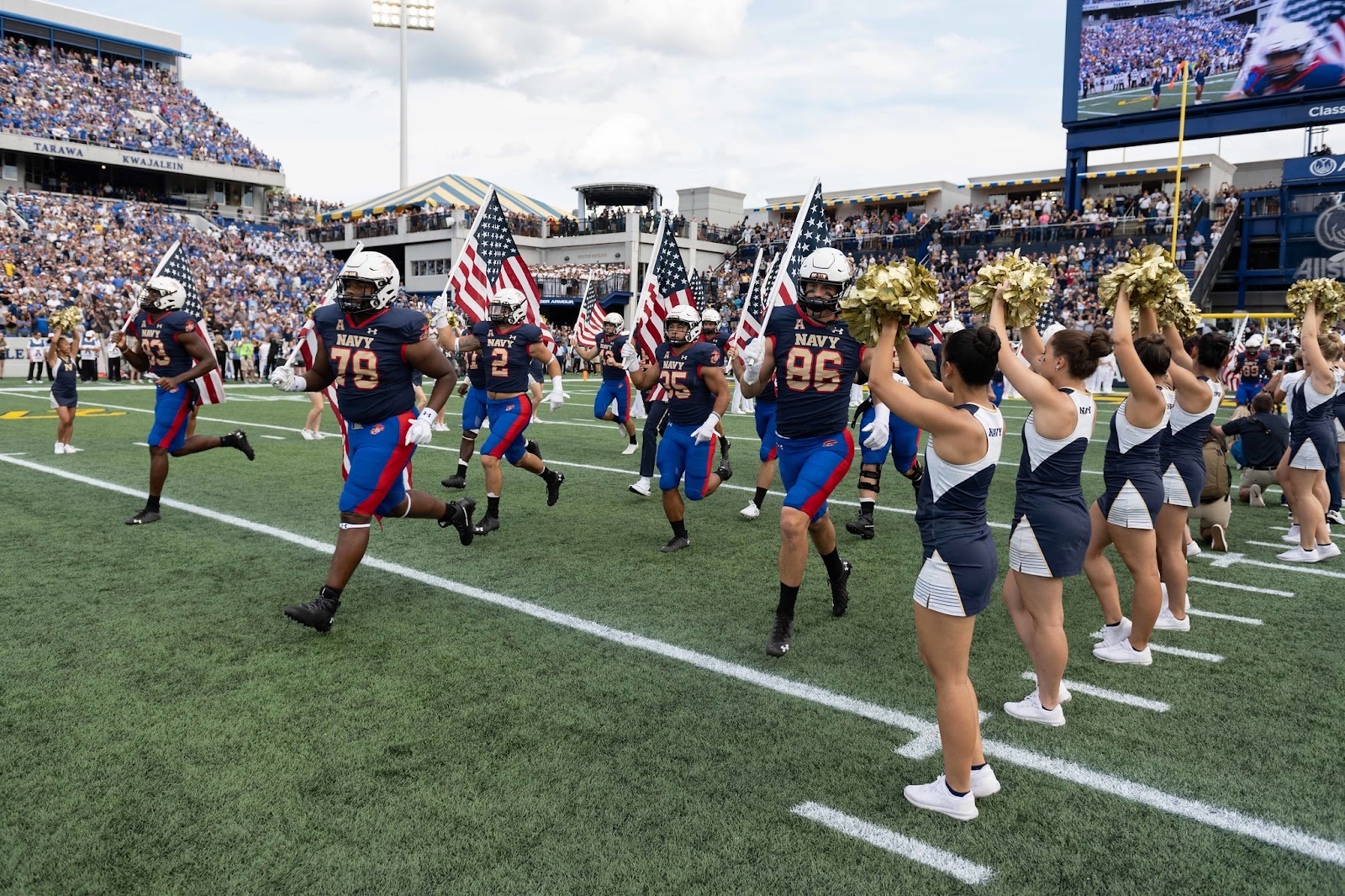 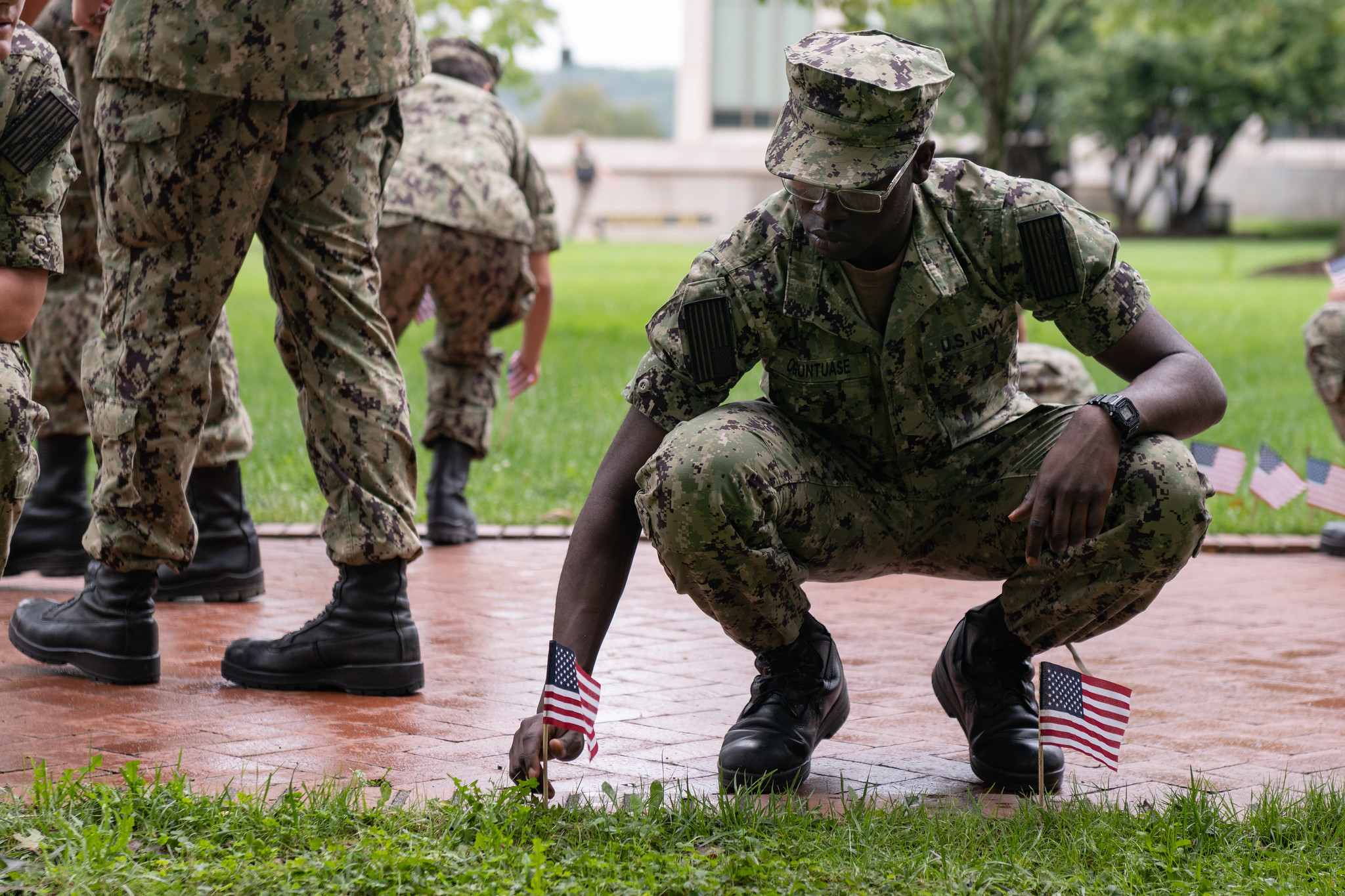