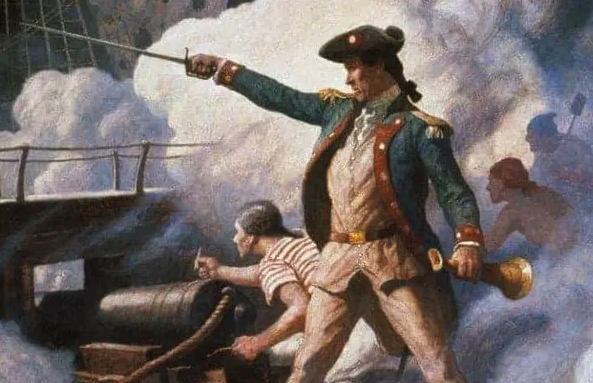 The story of Captain John Paul Jones is one for the ages. In this two-part series, we’ll be highlighting his early life and his life in the American Revolution. Once considered a British pirate, he jumped ship to escape a deadly mistake and dangerous trial and joined the fledgling American Continental Navy—then later served for a time with the Russian Navy. Hailed as an American Revolutionary hero by the U.S., it was Captain Jones’ valor and determination against the British in the North Sea that ultimately earned him this lasting moniker—and a sacred resting place at USNA.

A Man of Many Names—and Titles

Born John Paul on July 6, 1747 in Kirkbean, Kirkcudbright, Scotland to John Paul and Jean Duff, he was the fourth of seven children. His father worked as the head gardener on the estate of Arbigland, but Paul’s family still struggled with poverty. As a young boy, Paul was attracted to the Port of Carsethorn, where he would talk with the sailors there and act out small naval battles with friends, issuing orders like a miniature captain.

He started his actual naval career early, apprenticing with Scottish merchant shipper John Younger at the tender age of twelve. When he was thirteen, Paul was tapped by Younger to sail as a cabin boy on the Friendship from Scotland to Barbados and to Virginia. While in Fredericksburg, Virginia, Paul was able to reunite with his older brother William, who had shipped there years earlier and become a successful tailor.

Then the financial tides turned against Younger, ending his business. In 1764 a seventeen year-old Paul joined up with the slave brigantine King George from Whitehaven as the third mate. After two years he had ascended to the rank of first mate on the Two Friends from Kingston, Jamaica. Yet Jones left the ship, calling it an “abominable trade.” He hopped on the new John of Kirkcudbright back to Scotland, where along the way both captain Samuel McAdam and chief mate were lost to fever. Paul successfully guided the ship to Scotland, earning the title of master and supercargo (overseeing purchase and selling of cargo) in the process.

From there, he moved quickly through the ranks. Paul was just 21 when he became a captain. Standing 5’5” tall with a slight frame and sharp features, he dressed well and commanded the respect and admiration of his crews. With his newfound success he helmed the Betsy, which traded among England, Madeira, West Indies and Tobago with lucrative success. Despite his earnings, it was a tumultuous time and he earned a reputation back home for being a pirate. In 1773 he quashed an uprising by killing a mutinous crew leader who was favored among the locals. Paul had to flee the islands to avoid an unfriendly trial. He returned to Fredericksburg and added Jones to his last name to avoid being found. When the new Continental Navy was formed for the American Revolution, he traveled to Philadelphia and signed up; he was commissioned as a first lieutenant on December 7, 1775.

As an American sailor, Jones sailed on the Alfred under Commodore Esek Hopkins. He quickly took on more responsibilities, and by 1776 he had taken command as captain of the Providence. Between August and October that year, Jones and his crew sailed the Atlantic, covering Bermuda to the peninsula of Nova Scotia, where they twice ran into British frigates and handed them defeats. He returned at the end of 1776 carrying several prizes.

With his new acclaim, Jones was appointed by Congress in June 1777 to lead the new Ranger to France; it was here that he began a friendship with the American Commissioner in Paris, Benjamin Franklin—a relationship that would later manifest in the name of his famous ship. 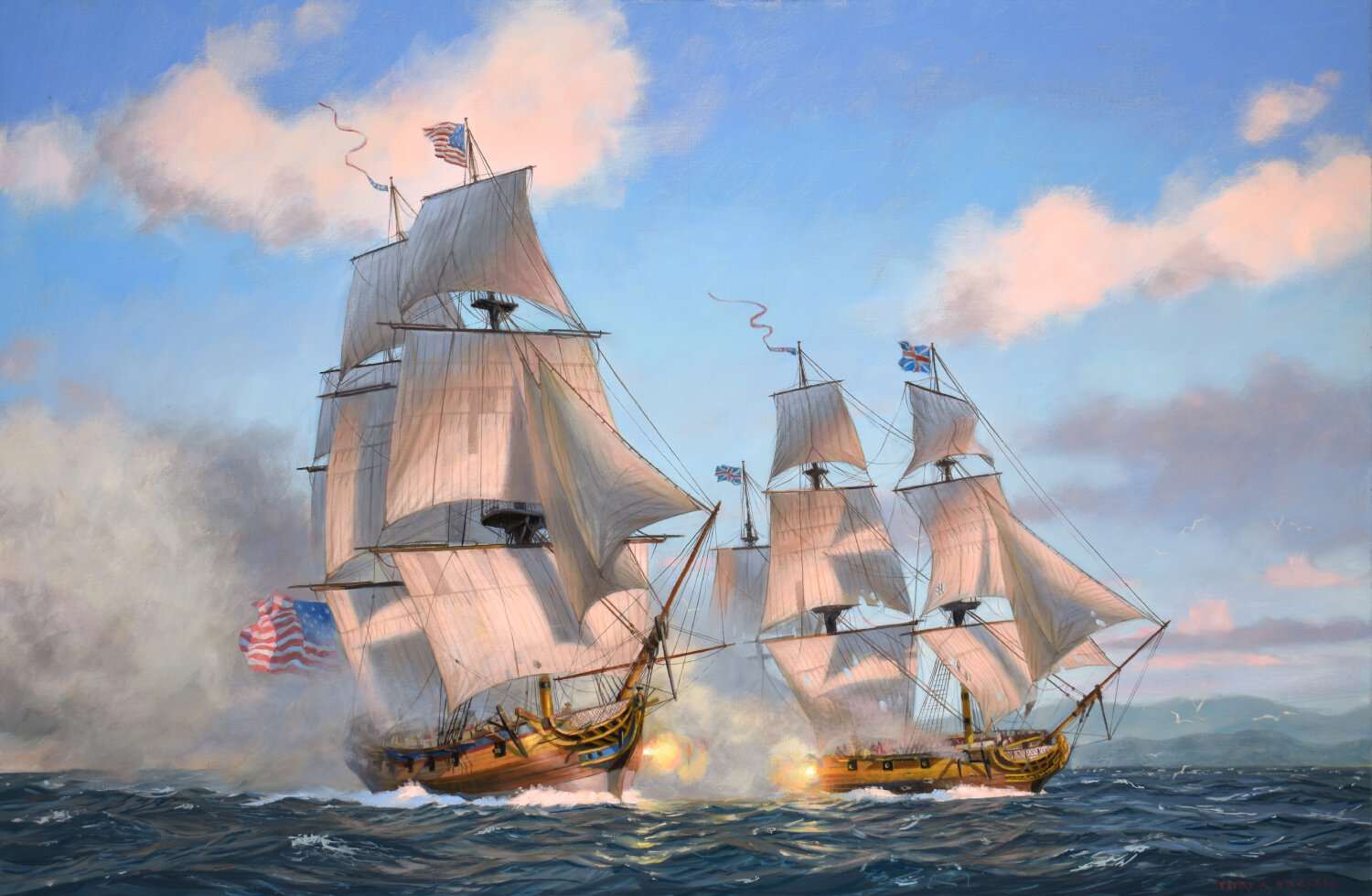 The Bonhomme Richard: I Intend to Go in Harm’s Way

On April 10, 1778, Jones sailed from Brest, France, to the Irish Sea, capturing and destroying small boats. He became infamous in Britain, which mobilized a squadron of ships and militia units along the coast to fight him. When he arrived back at Brest on May 8, 1778, the French crowned him a naval hero and gave him command of the Duc de Duras, which he renamed Bonhomme Richard to honor Benjamin Franklin, whose tome Poor Richard’s Almanac had been translated into French as Les Maximes du Bonhomme Richard.

Jones took the helm of Bonhomme Richard on August 14, 1779, as commodore of seven ships that were set to destroy British commerce ships in the North Sea around Ireland and Scotland. He and his fleet circumnavigated the British Isles, finally stopping the Baltic merchant fleet that was under convoy of the British ships Serapis and Countess of Scarborough. He wrote a letter on November 16, 1778, to Le Ray de Chaumont stating, “I wish to have no connection with any ship that does not sail fast, for I intend to go in harm’s way.” Soon, Paul would be known as an American Revolutionary Hero…

Next month, we’ll be discussing how John Paul Jones became one of the nation’s greatest American Revolutionary heroes. In the meantime, you can visit the crypt of John Paul Jones when you book a tour with Naval Academy Tourism. This national shrine attracts visitors from across the globe. If you come, know that you’re also supporting the Brigade of Midshipmen at the Naval Academy, since every visit, shopping trip, dining experience and tour give directly back to the midshipmen. Come explore the place where this hero rests, and learn more about his fascinating journey.

With gratitude to the John Paul Jones Cottage Museum. 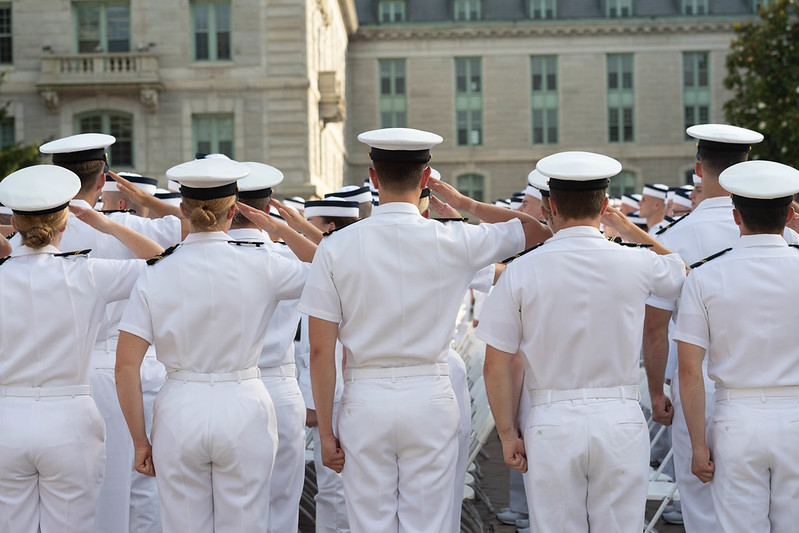 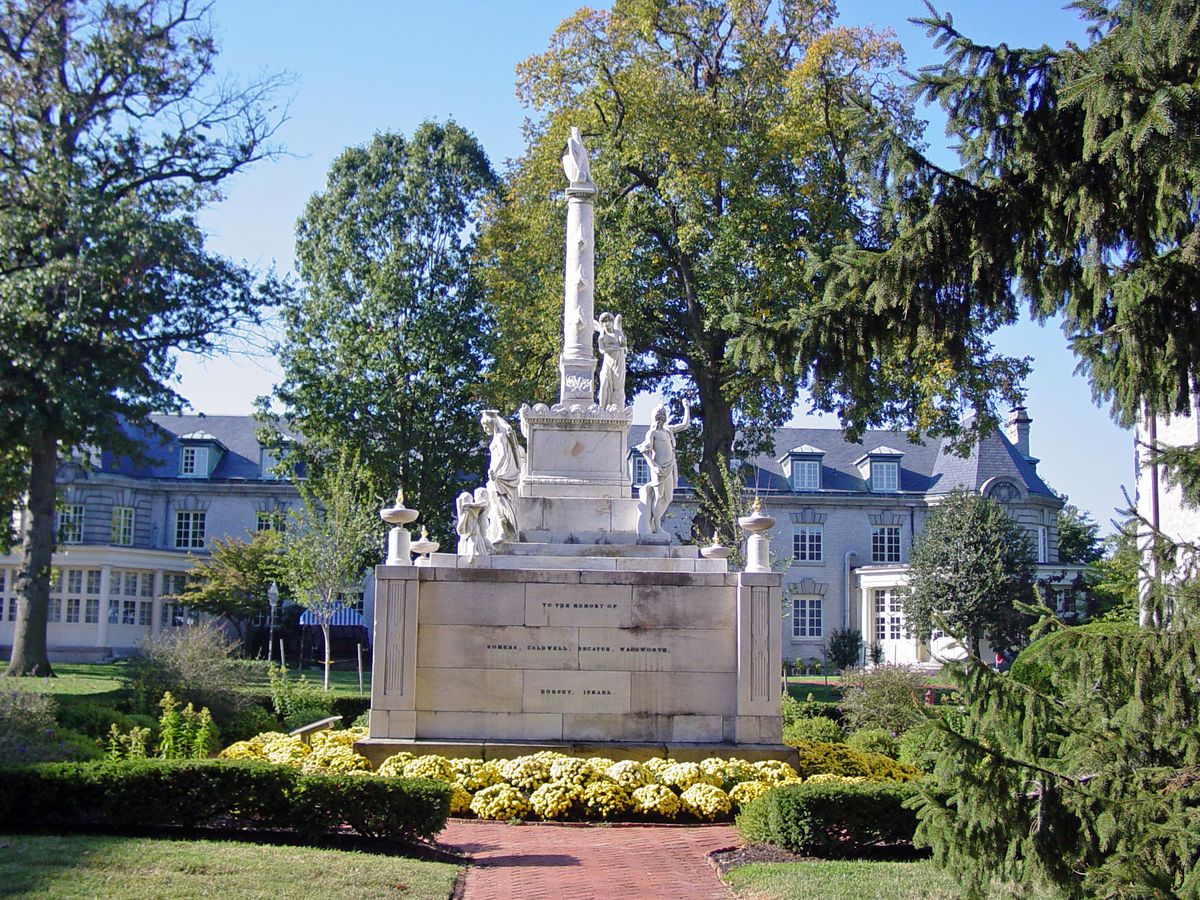 This is Monumental: The Tripoli Monument