Plebe Summer is once again upon us. The seven weeks of intense training kicks off, turning graduated high school seniors into midshipmen plebes at the Naval Academy. This year’s plebe class is expected to contain about 1,100 women and men. These young women and men enter the Yard with excitement and nervousness, leaving their civilian lifestyles at the entrance gate. By the end of the day, these newly inducted, coiffed, and outfitted plebes represent the newest part of the Brigade.

USNA Induction Day–Class of 2026 (known as I-Day) is held on Thursday, June 30, 2022 and thus begins this transformation. On I-Day,  future plebes receive their gear in preparation for their careers at the Naval Academy. This Plebe Issue is the culmination of nine months of behind-the-scenes, impeccably organized, and efficiently orchestrated work from the Naval Academy Business Services Division (NABSD). 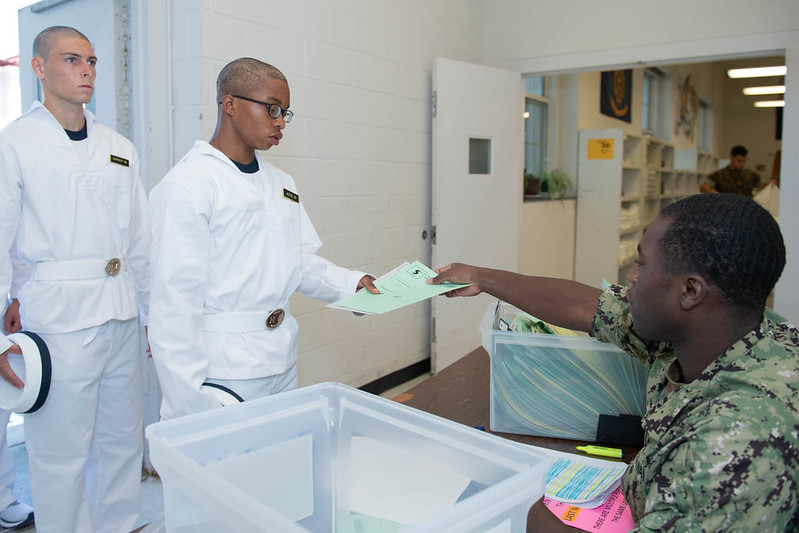 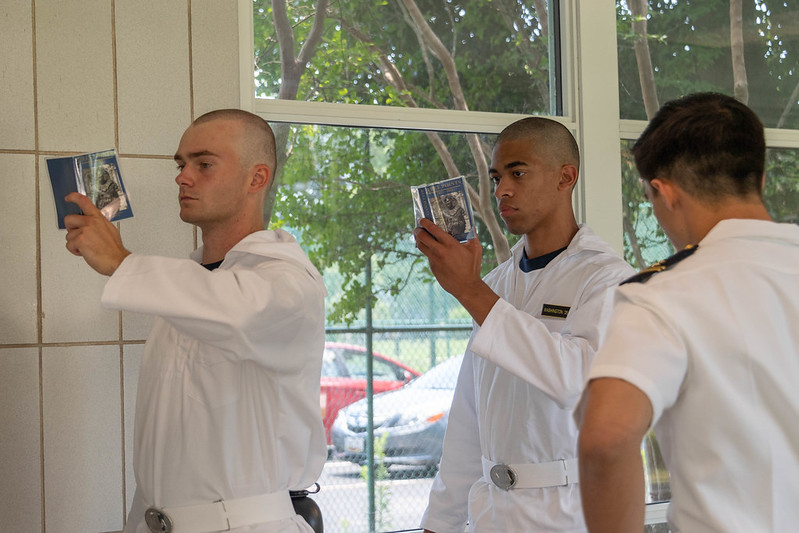 I-Day starts early in the morning. Future plebes arrive at the Naval Academy with their report packets and head to Alumni Hall. Upon reporting, the anxious students follow a green tape line on the floor leading them through 23 processing stations.  These stations include:  disposal of contraband, receipt of  Reef Points, blood draw, haircut, uniform fitting and many more. At the end of the line, they will put all of their belongings in a sea bag, throw it over their shoulder, and head to Bancroft Hall to meet their Plebe Summer detailers. They drop their items in their dorm rooms and begin the learning process of what it means to be “squared away”. Towards 7pm, the new class takes their Oath of Office in Tecumseh Court just outside Bancroft Hall. They are confirmed plebes. After saying goodbye to their friends and family, they march into Bancroft Hall and Plebe Summer begins! 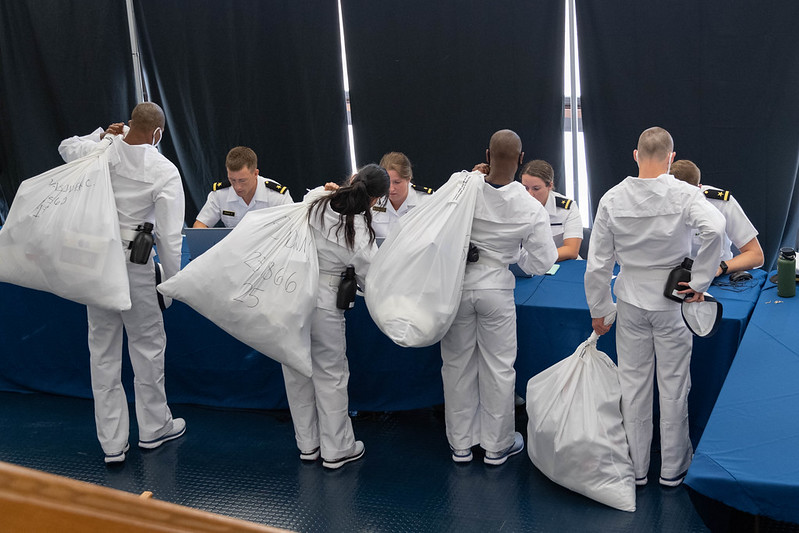 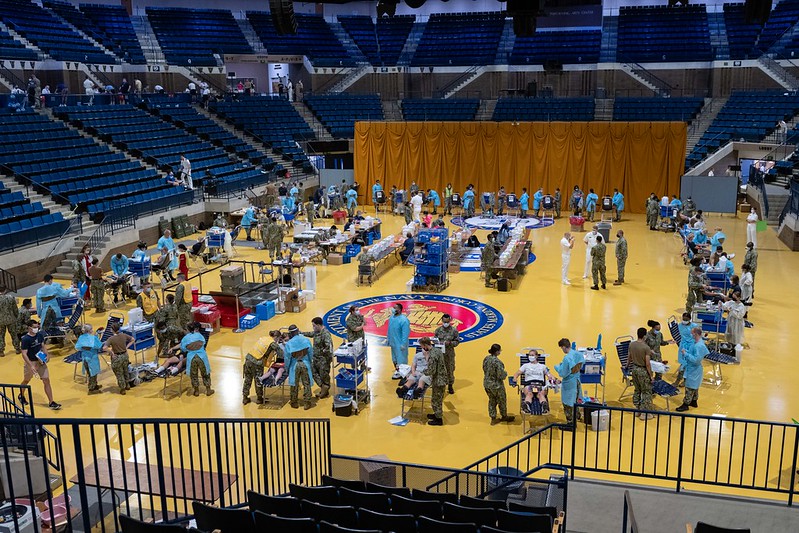 Meanwhile, a team of 80 NABSD team members have been working hard behind the scenes to ensure a smooth process. Their work is tricky as they must anticipate many unknowns, such as the class size and makeup, which are typically not finalized until after many of the issue-items have to be ordered. Accurately forecasting sizes and quantities is a necessary skill to ensure the plebe class is prepared for their summer and plebe year at the Naval Academy. The NABSD team orders, receives, unboxes, reboxes, stores and ultimately distributes more than 300 essential items to each and every plebe. That’s more than 360,000 items — no small feat! From toiletries like toothbrushes, toothpaste, shampoo and more to school supplies like notebooks, pens, pencils and more, the processing is detailed, accurate, and efficient. The Uniform Store also works to provide several pairs of shoes, uniforms, hats and accessories to each plebe.

The planning begins the fall prior to I-Day, when the previous plebe class starts their academic year. Even though the NABSD Plebe Issue Team doesn’t have exact sizing until approximately three weeks before the 1,200 plebes arrive, they’re able to predict sized items and the quantity of unsized items, too. They’ll estimate the female/male split and order enough female specific sports bras and male specific razors and shaving creams. By October, the team takes inventory and starts adding customized items like uniforms.

In January/February, it’s time to order personal items, including sheets, pillows, shampoo, conditioner, deodorant and more. As these items arrive, they fill ten storage trailers of items that will wait for the plebes’ arrival. 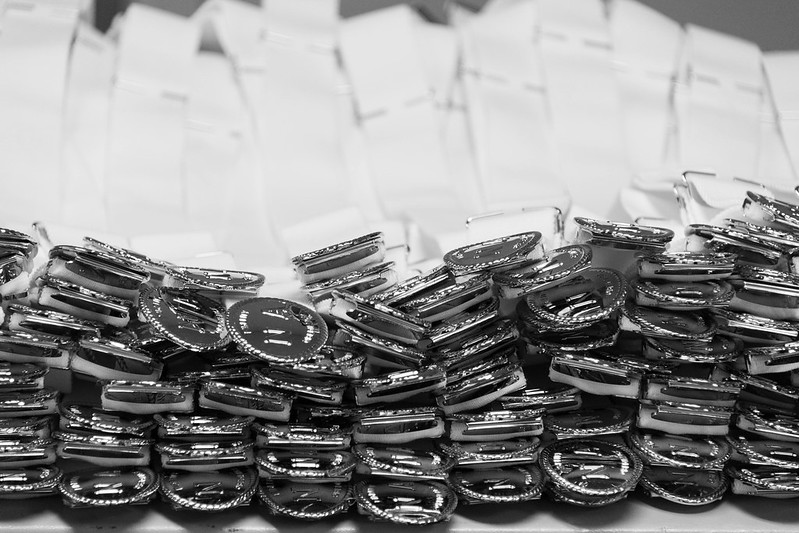 Since the Brigade Sports Complex (BSC) melts their ice in May, the Issue Team leverages this Olympic rink sized indoor space to assemble the plebe issue boxes. Every moment counts now, as there are only 30 days until I-Day. Efficiency is the order of the day as unboxing is followed by an assembly line system of reboxing. Once everything is packed, about 6,000 boxes will get neatly configured in 30 Bancroft Hall dorm rooms, ready for the plebes as they make their new home here on I-Day. 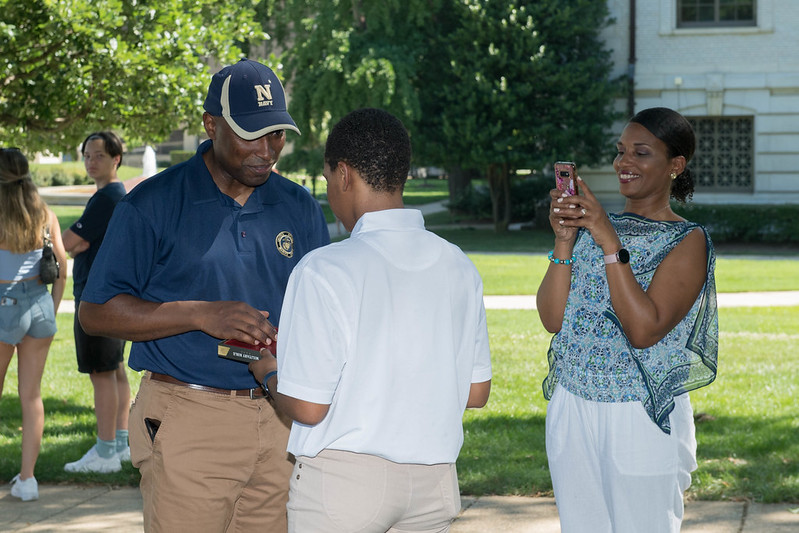 The team’s work doesn’t end here. At the end of the summer, they take time to ask the midshipmen what they’re using so they can improve the issue and include other recommended items both in issue and at the Midshipmen Store in the future. Preparations for the next incoming class get underway as this new plebe class heads into the academic year.

The work is daunting, but the team, whose mission is “to excel in delivering retail products and services to the Brigade of Midshipmen” is rewarded and fulfilled when they see the fruits of their labor throughout the year as the plebes settle into their new home.  The NABSD is unfailingly proud to support the plebes and all midshipmen.

You can help the plebes, too. Every time you take a USNA tour of the Yard, dine on the Yard and shop on the Yard you’re giving back to the midshipmen who give so much — since NABSD gives all proceeds right back to the Brigade. On I-Day, you’re a big part of the plebe issue team, too. Thank you for supporting the midshipmen that support us all!

Club Spotlight: The USNA Gospel Choir Raises Us Up 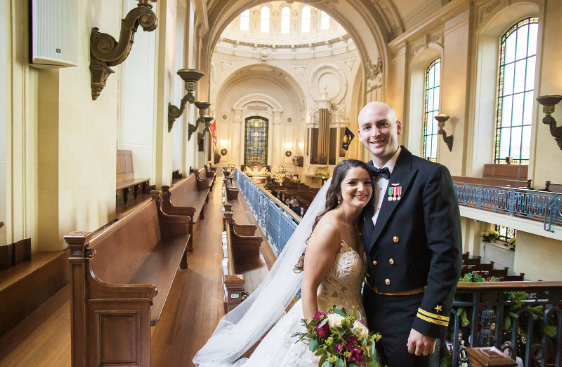