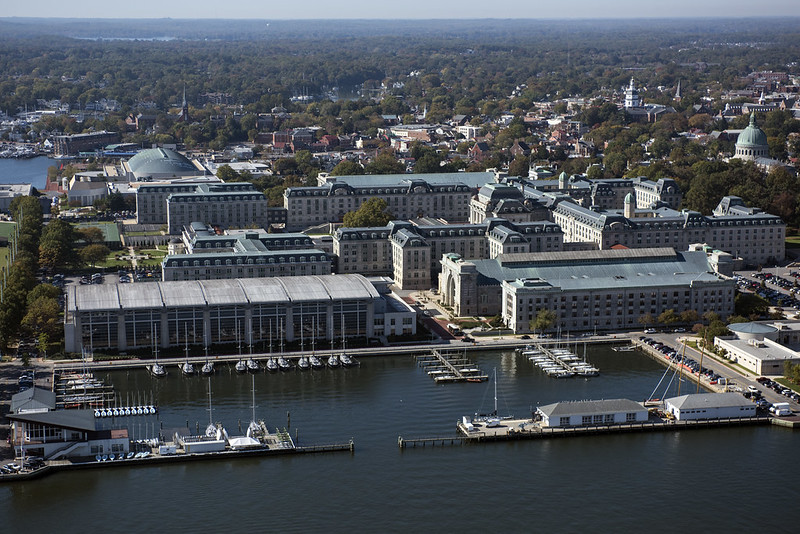 The U.S. Naval Academy is truly history in the making every day. As 4,400+ exceptional women and men make their way through the daily physical and academic rigors of this institution, they are preparing to lead the future of the U.S. Navy and the U.S. Marine Corps. If history is any indication, many of them will go on to serve our country in incredible ways, following the footsteps of the graduates before them who have become president, congressional leaders, Nobel Prize winners, top naval and Marine Corps officers, astronauts, peacekeepers and extraordinary leaders who keep the promise of this great nation alive and thriving.

So it goes to follow that the Yard is full of incredible moments that are happening all the time. To experience all the history the Yard has to offer can take a lifetime. However you can spend just a few hours and experience the magic by enjoying one of our USNA tours or exploring on your own.

For this blog, we’ve curated some of the top places to see on the Yard for a history buff. Rich with stories, these places will enchant visitors and bring them right through the doorways of history.

Perched on a peaceful hill overlooking the confluence of the Severn River and Dorsey Creek with a view out to the vast Chesapeake, the U.S. Naval Academy Cemetery seems a quiet sanctuary for those who visit. But the stories that it holds are anything but quiet. Over 5,600 people are buried on the 6.7 acres here, in one of only several active college campus cemeteries.

Of note, you can find the final resting place of one of the Naval Academy’s most famous people: Charles A. Zimmerman, Naval Academy Bandmaster and Music Director. It’s marked with a large cross and the inscription “Erected by His Midshipmen Friends,” as it was a gift from the Classes of 1916 and 1917. Although he was not a graduate, his father was a Naval Academy bandsman, and Charles is most well known for composing the U.S. Naval Academy’s rousing fight song, “Anchors Aweigh,” among other treasured songs.

You can also see the headstone for Admiral James B. Stockdale, Class of 1947, who was buried with honors here after his death in 2005. A former vice presidential candidate and vice admiral who famously endured more than seven years in the Hanoi Hilton during the Vietnam War, Stockdale inspired many prisoners of war and continues to inspire midshipmen at the Stockdale Center for Ethical Leadership on the Yard. Not far from Stockdale lies former Senator John S. McCain III, who graduated in the Class of 1958 and was also known for his bravery as a POW in the Hanoi Hilton during the Vietnam War, as well as his long and respected tenure as an Arizona senator. 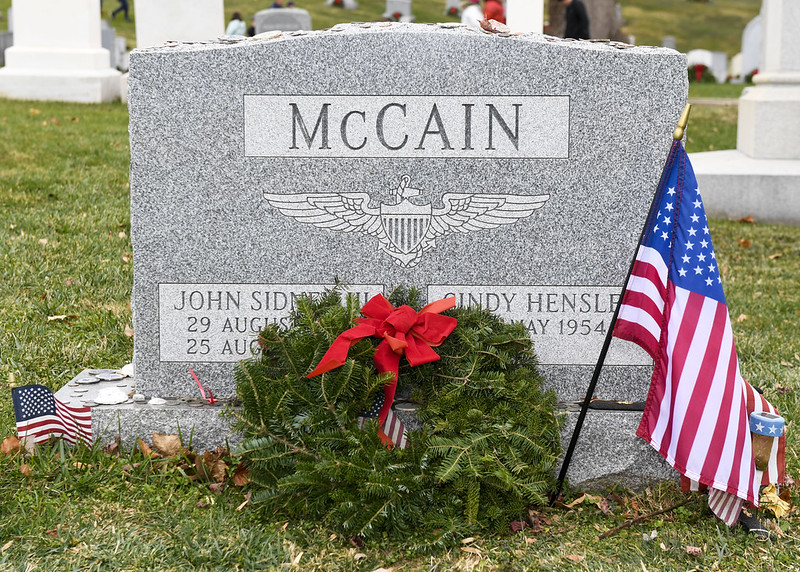 Related: Who is Buried at the Naval Academy?

The most prominent monument in the cemetery is the 1890 USS Jeannette Memorial, which recognizes the men who died in the USS Jeannette Arctic Exploring Expedition of 1879-81 that was attempting to understand ice cap movement. The crew traveled from San Francisco up to the Bering Sea, led by Lieutenant Commander George Washignton DeLong, from the Class of 1865. The boat became trapped in ice for 21 months. When the crew split up to escape, DeLong was lost in a gale; his body was retrieved from a cairn, which is reflected in the monument’s form. You can find DeLong’s fascinating “ice journal” in the USNA Museum at Preble Hall.

This cemetery is remarkable for the many stories of USNA heroes who have led fascinating lives. Many have paid the ultimate price for their bravery, and all have been laid to rest in this plot for eternity.

In its beautiful home of Preble Hall, this two story museum (organized into two decks, Navy style) packs thousands of treasures into its domain. Started in 1845 with the opening of the Naval Academy, it has lived in this beautiful building since 1939. Come witness the birth of the U.S. Navy by getting a look at our earliest Revolutionary War Heroes’ solid gold presentation sword, given to John Paul Jones by French royalty. Travel through time and wander the paths that led to the exceptional bone ship models from the Napoleonic Wars, the famous World War II surrender table, and the autographed models of space vehicles alongside a moon rock. 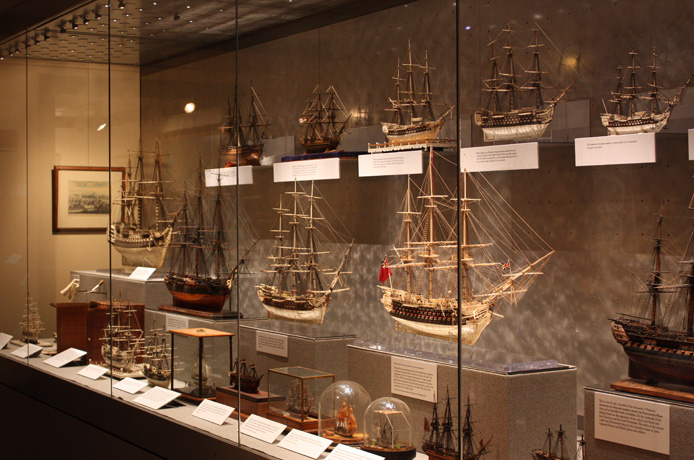 There’s an impressive Malcolm Storer Naval Medals Collection with more than 1,000 commemorative medals and coins that stretch from 254 BC to 1936. There are more than 600 historic American and captured foreign flags, including the most famous flag on the Yard, the original “Don’t Give Up the Ship” flag. It’s all free and it’s all fascinating. Take a long walk through naval and Naval Academy history and go on a U.S. Naval Academy Museum treasure hunt.

Across from the Naval Academy Chapel that houses the John Paul Jones Crypt, is a granite obelisk just 21 feet tall. Yet those feet feel like miles when you’re a plebe during Commissioning Week in May. For over eighty years, the Herndon Monument has been the gateway by which the plebe class becomes “Plebes no more,” and take on the title of Midshipmen, Fourth Class.

The struggle is real. See “One of the Greatest Struggles You’ll Ever See.” To pass this milestone by climbing the Herndon Monument, the plebe class must band together (literally) to replace the underclassman dixie cup cover (or hat) set at the top of the obelisk by upperclassmen with an upperclassmen cover. The only trick? There are about 200 pounds of vegetable shortening slathered on the smooth surface. 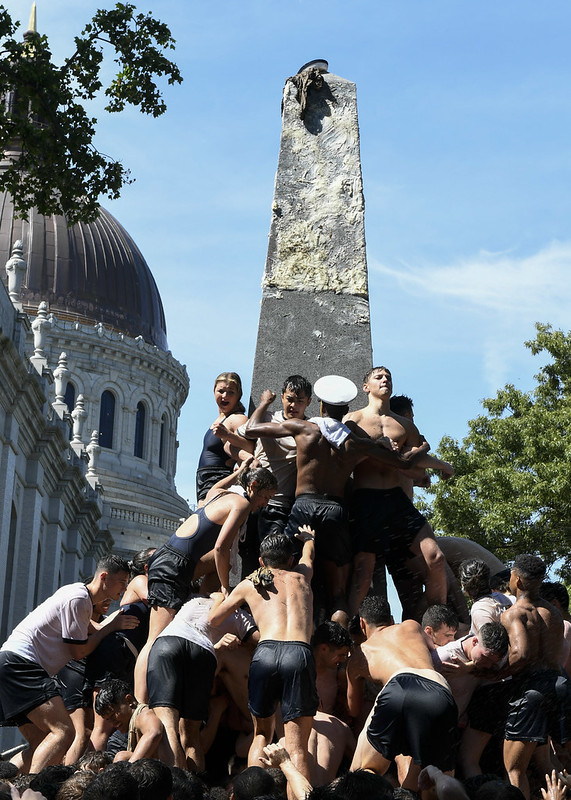 The climbing started in 1940 and the greasing started in 1949, but the first recorded climb wasn’t until 1959. Some classes (Class of 1972) have made it in record time, with just one minute thirty seconds (and no grease). Others (Class of 1998), created a record for the longest time (let it be known that their dixie cup was both glued and taped) at 4:05:17. With the grease, the fastest time was twenty minutes by the Class of 1975.

As a history buff, you’ll also want to know that this beautiful monument honors Commander William Lewis Herndon, who went down with the SS Central America after bravely working to save the ship  and sending many of its sailors and passengers to safety in a three-day hurricane off the coast of North Carolina. He is honored by the inscription on a plaque facing the Chapel, written by his brother-in-law and cousin (as well as co-worker), Matthew Fontaine Maury: "Forgetful of self, in his death he added a new glory to the annals of the sea.”

Whether you visit through Naval Academy tours or wander the Yard on your own there is a wealth of historically important places, including Memorial Hall, Bancroft Hall, Nimitz Library and many many more, including the place where you start your tour, the Armel-Leftwich Visitor Center, which has exhibits on space exploration, sports history and the life of a midshipman today.

Every time you spend time on the Yard you’re part of this incredible history. You’re also part of giving back. Your tour, dining, shopping and visit provide profits that go right back to the Brigade. So come be a part of the Yard and make history today! 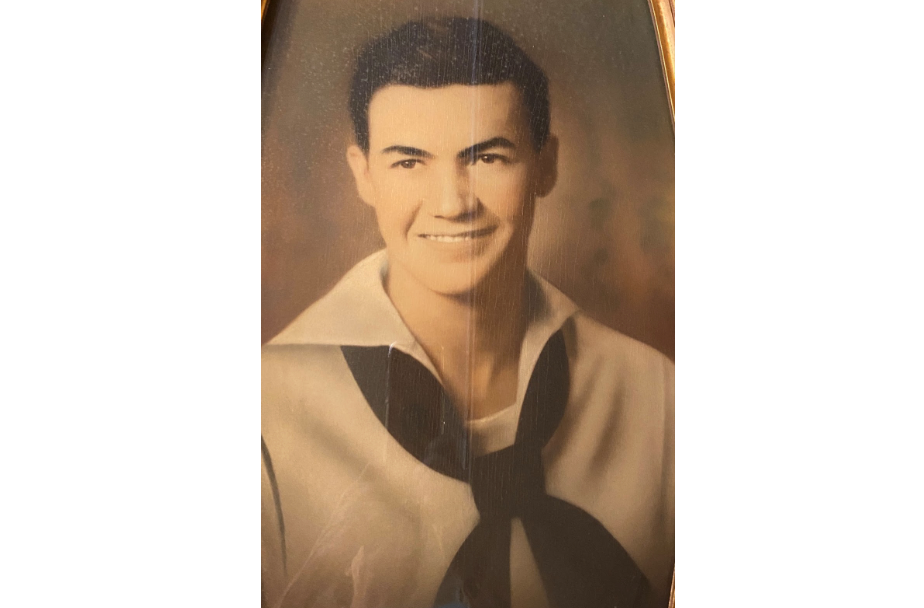 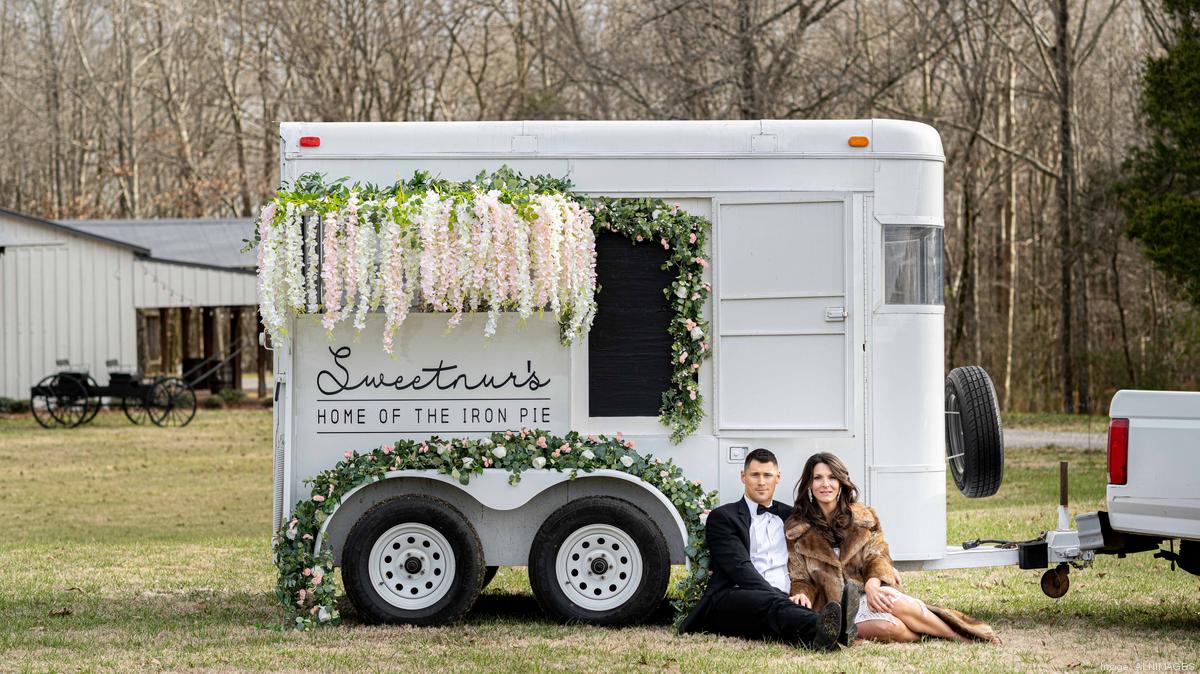