Annapolis Sites and Sights: Three Spots You Need to See! 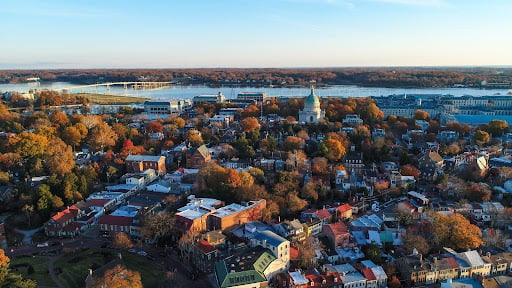 Ah, Annapolis in autumn - quaint cobblestone streets, charming historic buildings and a fun food scene - all set against fiery foliage, a crisp blue sky and the sights and smells of the Bay. It's the perfect place for some fall fun! Whether you’ve walked the streets a million times or are just discovering our fair southern city, there is something special for you here. While entire books extol the wonders of Annapolis attractions, we’ll start with some of the headliners.

It wouldn’t be October without some spine-tingling ghost tours, and this seafaring city, with its rich history, does not disappoint. There are a host of companies that offer tours, including the award-winning Annapolis Walking Ghost Tour and Haunted Pub Crawl put on by Annapolis Tours and Crawls. Offering 7pm tours made for families and 9pm tours for more adult thrills, you’ll hear about enigmatic grave digger Joe Morgue, the ghost of plasterer Thomas Dance (who fell to his death while working on the Maryland Statehouse) and the Headless Man that roams these cobbled streets!

Get ready to be deliciously scared! Several exciting haunted pub tours lead you through the convivial pubs of old Annapolis in the fall air, sharing frightening stories as you enjoy local treats at local haunts. Not recommended for children, the Haunted Harbor Tours bill themselves as “the darkest tour in Annapolis.” They lead you on nighttime walks and regale you with stories you haven't heard, pulled from actual court records, newspaper archives and tax documents of yore. Annapolis Watermark then takes the spook to the sea as they don period clothing for great effect. Their “Spirits and Spirits” tour walks you through the narrow old streets and then cruises the waterways of Annapolis for a new vantage point of old thrilling tales. No matter which you choose, you’re bound to get in the Halloween spirit!

Take an Academy Stroll for the Senses

The Annapolis tourism scene doesn’t end at the dock. Just a minute from Main Street Annapolis is our own history-filled U.S. Naval Academy, which is remarkable in the fall foliage. If you have an hour to spend on the Yard, get thee and the family to Tecumseh Court. You’ll catch the most action at the base of the largest dormitory in the U.S., affectionately called “Mother B” and formally called Bancroft Hall. This 33-acre landmark (by floor space) boasts almost five miles of hallways and houses a post office (and it’s own zip code!), barber shop, cobbler shop, tailor shop, dining hall, over 1,800 dorm rooms and more.

During the days, when the weather cooperates, you can experience one of the most exciting traditions at the Naval Academy, the goose-bump raising Noon Formation. Against the fall backdrop of changing leaves and crisp weather, it’s an unforgettable experience. As you stroll the wide walkways and breathe in the crisp air around Tecumseh Court, you’ll come upon the striking Tecumseh statue for which the court is named. Known as the “Lord of football games and final exams,” Tecumseh is the place where midshipmen go to proffer their pennies and ask for good luck - so you may see some getting ready for the big game. Just make sure that you don’t step on the Academy seal in front of him; it’s rumored to bring the opposite.

Finally, we recommend entering Bancroft Hall and taking in the stunning Rotunda, whose ethereal dome calls to mind a sky full of stars. Ascend the grand staircase to Memorial Hall, built to honor Naval Academy graduates who have lost their lives in service to our country. This sacred chapel of history features Commodore Perry’s famous flag, which guides our Navy to this day: “Don’t Give Up the Ship.” You’ll take in stunning paintings, murals and busts celebrating the rich and brave history of our U.S. Navy.

Then it’s only a short stroll to your next destination, whether it’s the parade grounds of Worden field, a pleasant saunter by the Sea Wall or a walk to Dahlgren Hall to check out the impressive Wright Flyer. On a brisk fall day, you can see the sights and work up a great appetite. When you’re ready to grab that bite, head downstairs in Dahlgren Hall for some great comfort food - juicy burgers and the “best pizza in town” at Drydock Restaurant. Or take it up a notch with a seasonally inspired lunch at the Naval Academy Club’s beautiful eatery, The Alley Restaurant, for some fresh-from-the-Bay Maryland crab cakes, silky crab soup or any number of local culinary treats.

Visit the USNA Chapel and Crypt

For your children or the children in all of us, the Naval Academy Chapel and Crypt are amazingly enchanting, especially at this time of year. We recently wrote about the magic of this place, but there is oh so much more to discover. Open to the public, the Chapel rivals some of the most beautiful churches in Europe, with soaring stained glass windows made at the renowned Tiffany studios. There is a twelve-foot long model ship called a “carrack” at the rear of the chapel; it echoes the tradition of votive ships throughout Europe and watches over all who go to sea. Downstairs, a stunningly majestic black marble crypt holds the remains of the Father of the U.S. Navy, Revolutionary War hero John Paul Jones. It also holds a collection of interesting artwork and artifacts from that time period. Just experiencing the hushed respect is a must-do when you visit the Academy.

Your own treasure map of the Academy is here. Adventure awaits!

All of these destinations are stunningly beautiful against their blazing fall foliage, complemented by the heft of stately white Beaux-Arts buildings and the ever-present military precision of the midshipmen’s day. Fall is the perfect time to visit Annapolis and see the Academy. From food to foliage to history, there is so much to enjoy. Set up a tour today! 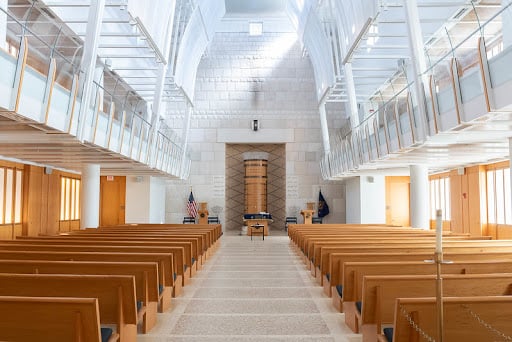 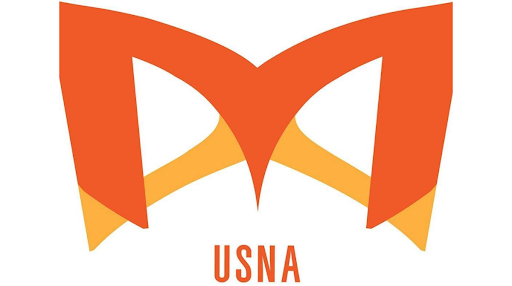